Copyright © 2022 Dr. Obonna, G. C., et al. This is an open access article distributed under the Creative Commons Attribution License, which permits unrestricted use, distribution, and reproduction in any medium, provided the original work is properly cited.

The study population included all such patients for a period of 10 years between January 2012 to January 2021. The patients were evaluated with their case notes retrieved from the medical record department and their operative note and laboratory investigations recorded. Excluded from the study were those with associated injuries in other regions of the body. A total of 300 patients who had penetrating abdominal injury were seen within the study period. 220 cases (66.7%) were due to gunshot wound to the abdomen while 80 cases (33.3%) were due to stab injury to the abdomen. All of them had the intra operative finding of ascarids within the abdomen. The male to female ration was 2:1.

Introduction
Penetrating abdominal trauma involves the violation of the abdominal cavity by a gunshot wound (GSW) or stab wound.

These patients were fully resurcitated with appropriate fluid and blood transfusion, analgesics, antibiotics, and immune enhancement (tetanus toxoid and anti-tetanus serum). In most of the cases basic investigations were done and as much as possible emergency exploratory laparotomy was the operation of choice. In all the cases there were the incidental finding of loads and loads of ascarid within the gut and inside the peritoneal cavity. Some of the worms were seen escaping through the perforation in the gut wall.

Ascaris lumbricoides specie of roundworm is commonly an infestation of the small intestine. It is endemic in tropical communities were people are of low socioeconomic status with poor hygiene and poor water sanitation. Ascariasis is caused by ingesting eggs of ascaris lumbricodes when hands that have contaminated dirt on them are put in the mouth or by consuming vegetables or fruits that have not been carefully washed, cooked or peeled. People infected often show no symptoms.

Loads and loads of worms reside inside the gut and are occasionally passed out on defecation. A significant number do migrate and find their way into the peritoneal cavity as a result of perforation of hollow viscus. If the abdomen is eventually closed up after exploratory laparotomy worms that were inadvertently left behind would soon constitute a nuisance by setting up inflamatory reactions, disruption of bowel anastomosis leading to sepsis and enterocutaneous fistula and even intestinal obstruction.

Materials and Methods
This is a retrospective study which selected 300 patients with penetrating abdominal trauma that had incidental intraoperative finding of ascaris in the abdomen. The study period was January 2012 to January 2021 and the study was conducted at the state specialist hospital Okitipupa, Ondo state, Nigeia. Of use was the health management information system with subsequent retrieval of case notes and analysis of date therein using the SPSS version 20.

Result
Three hundred patients with penetrating abdominal trauma complicated by ascariasis from January, 2012 to January, 2021were analysed. The mean ages of these patients was 38 ± 15yrs while the male to female ratio was 2:1. 200 patients (66.7%) had penetrating abdominal injury secondary to gunshot wound to the abdomen while 100 patients (33.3%) were caused by stab wound to the abdomen. The postoperative complications include; intestinal obstruction 39, enterocutaneous fistula in 15 patients, Upper gastrointestinal haemorrhage in 15, wound sepsis 14, rectal bleeding 11.

The average duration of surgery was 2 ½ hrs while the average hospital stay was 8wks. Mortality recorded was 60 (20%). 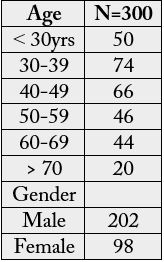 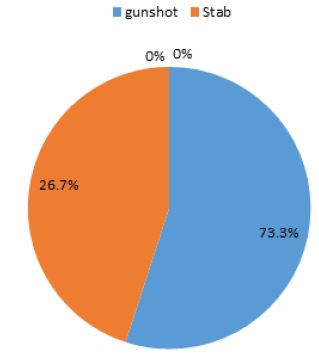 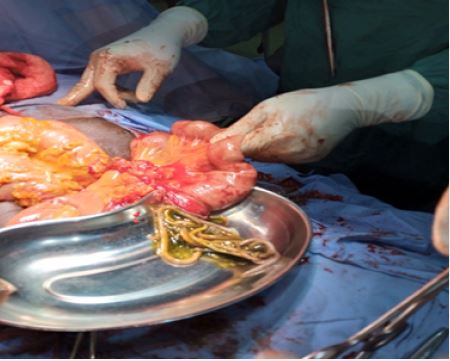 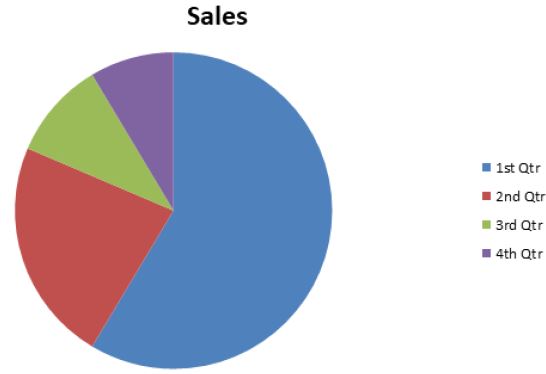 Discussion
Roundworms are classified into a - Ascaridea, b - Enoplea, c - chromadorea, d - oxyunda, e - Adenophorea and f - secerrentea. In this study the specie of roundworm implicated belongs to the ascaridea family. Ascaris like other nematodes is parasitic and lives in the intestine. It has predilection to unhygienic environment. It has long round body and is the most common roundworm infection. Antihelmintic medications such as albendazole and mebendazole are the drugs of choice for treatment. Estimated 1.5 billion persons were infected with Ascariasis in 2002. Younger people are infected more often than adult [4]. Parasitic disease are one of major public health problems. Most patients infected with Ascaris have a chronic disease course and remain asymptomatic for years or present mild symptoms.

Traumatic abdominal injuries are also one of significant public health problems worldwide and may affect all age groups [5]. However, the presence and significance of Ascaris infection in trauma patients has rarely been reported. Infact life threatning complications of ascariasis may occur in trauma patients [6]. In our study in all the cases we saw significant bolus of ascaris in the intestinal lumen. This is similar to studies done in other centres [7-12]. In our study majority of the cases occur below 40yrs of ages and males were mostly affected in keeping with the fact that males were more prone to trauma than females. The male:female ratio was 2:1.Because of the poverty of hygene and lack of mass deworming program majority of young patients who were already predisposed to helminthiasis and become exposed to traumatic abdominal injury suffer so much morbidity and possibly mortality.

Intestinal perforation and intestinal obstruction are some of the major complications seen in our patients [13,14]. Intestinal perforation occurs because of the hostile migratory effect of worms in the intestine such that it penetrates the already weakened traumatized gut. The gut wall as a result of inflammatory edema from trauma become extensively weakened, this will facilitate the migration of worms through the gut into the general peritoneal cavity. When bolus of large worms invade various organs and the peritoneum, peritonitis and organ damage will soon set the stage for systemic inflamatory response syndrome and eventual multiple organ dysfunction syndrome leading to death. It is also possible for worms to invade and rupture sites of intestinal anastomosis leading to anastomotic breakdown and eventual enterocutaneous fistula with its attendant morbidity and mortality.

In our study 20 (6.7%) of our patients had intestinal perforation of which 15 (5%) ended up with enterocutaneous fistula. Similar studies done in china showed that peritonitis is a basic finding [15]. Other diverse complications include various forms of intestinal obstruction such as volvulus, intussusception and gangrene. In our study out of the 39 (13%) patients with intestinal obstruction luminal obstruction from bolus of large worms was the order. None of our patients presented with gangrene of the gut. This compares with studies done elsewhere [16-19] except that gangrene of the gut was a significant finding [20].

Life threatning upper gastrointestinal hemorrhage has been a worrisome complication in these patients. The disruption of the gastrointestinal tract brought about by penetrating abdominal trauma immediately quickens transmigration of worms to the upper part of the gastrointestinal tract and sets up a viscous cycle of injury to the mucosa which in some cases leads to massive haemmhage. 15 (5%) of patients in our study had significant bleeding from the upper abdomen. This relates with studies done in other centres, where up to 7% of cases displayed upper gastrointestinal tract hemorrhage [21]. As discussed above traumatic abdominal injuries have the ability to further facilitate ascaris worms to probe and force their way into various ectopic locations. Probably they are now prone to trying to escape unfavourable conditions. However, the single ascaris worm obstructing the trachea tube [22], endotracheal tube [23-25], Larynx [26] or trachea [27,28] caused sudden life-threating dyspnoea and necessitated immediate intervention.

A single round worm obstructing the endotracheal tube even caused acute respiratory failure and death of a patient [29]. These demonstrate that the presence of even a single ascaris worm in the airway tract is extremely dangerous, and physicians should be vigilant on this issue. However in our own study we did not record any case of difficult respiration or respiratory failure from invasion of the trachea or endotracheal tube. Rectal bleeding accounted for 11 (3.75%) of the cases. The effect of the burrowing effect of worms as in the upper abdomen has also led to rectal bleeding.

Conclusion
We conclude that physicians need to pay more attention to the possibility of Ascaris infection in trauma patients and more especially in the tropical and developing countries with poor water supply and poor sanitation. Failure to do this will lead to terrible postoperative complications that will impact on patients morbidity and mortality.

Therefore, it is worth taking a routine stool examination in every urgent trauma patient coming especially from an endemic area of ascariasis. This test is simple to perform, non-invasive and cheap in cost, and it can be done everywhere, even in a rural ambulance service. Since a delay in its management may have a fatal outcome, primary prevention is the key, also early diagnosis and prompt intervention are essential to minimize the high morbidity and mortality of these life-threatning complications associated with ascariasis in abdominal trauma patients.