Dexamethasone: Side Effects
of the Life-Saving Drug
for Corona Patients


AstraZeneca-Oxford and Moderna Future Vaccines and Remdesivir, Dexamethasone as a Palliative Remedy and Anger at the Biological Institute in Israel. Meanwhile - High Hopes

Copyright © 2020 Dr. Shimon Shatzmiller. This is an open access article distributed under the Creative Commons Attribution License, which permits unrestricted use, distribution, and reproduction in any medium, provided the original work is properly cited.


Two months after the first cases of atypical pneumonia were reported in Wuhan, China.

Four months later, there are at least 130 vaccine candidates being developed by biotech and pharmaceutical companies, as well as academic groups around the world. 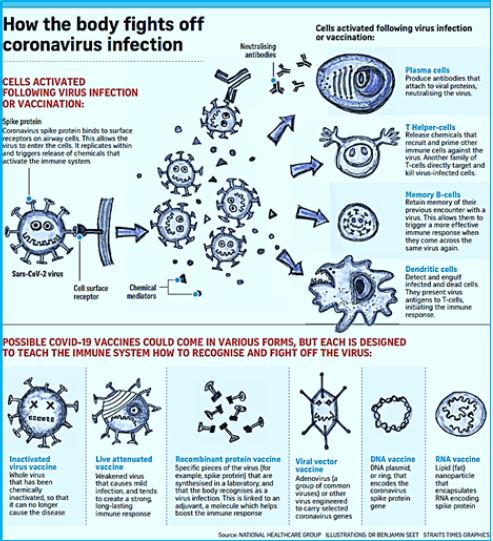 This is a debate over an egg that is not yet laid. The vaccines are in testing and the drugs are applied only in extreme case and exhibit only partial success in curing COVID 19 patients.

In recent days, the Israeli Department of Health has signed a corona vaccine supply agreement with the American "Moderna" company [3], and AstraZeneca-Oxford [4] on supply of vaccines, different in their technology. Last Thursday, July 18 2020.

This was published in the main edition that the Biological Institute in Ness Ziona, which itself is focusing on vaccine development. Strongly attacked the deal. It turns out that the institute did not receive a seat in decision making and therefore decided to issue a letter to the decision-makers in the Ministry of Health and the Prime Minister's Office. "The agreement with the Modern Society was done in the dark without consulting the biological institute experts," they wrote.

"Allocated $ 67 million with a vaccine that does not yet exist and there are question marks about its true ability," the appeal to senior officials said. "Moderna is not publishing any information about the trials it has done, no preclinical research and whether there are life-threatening side effects to the vaccine."

Well, let us clarify in short what it is all about.

AstraZeneca [5] Received $1 billion in funding from the US Biomedical Research and Development Authority (BARDA) for the development, production and delivery of a University of Oxford vaccine candidate in 2019 (COVID-19).

This press release from Moderna [6] Contains forward-looking statements within the meaning of the 1995 Private Litigation Reform Act, as amended, including in relation to the Company's development of a potential vaccine against the new virus, the conduct and timing of Phase I research of mRNA-1273, the design, execution and scheduling of Step 2 Potential and all subsequent mRNA-1273 experiments and potential production capabilities.

All the messages about the Israeli miracles and wonders developed against the Corona are nothing but a maxim and a measure of deception, it is simply (VAIN) that comes to justify ignoring the authorities from the new corona's swelling. According to Professor Sadecki - the second wave.

It started from antibodies to the steroid drug Dexamethasone [7].

Dexamethasone: Side Effects of the Life-Saving Drug for Corona Patients
This effect on our inflammation and immune system is the one that helps it fight the worst effects of COVID-19.

This effect on our inflammation and immune system is the one that helps it fight the worst effects of COVID-19. 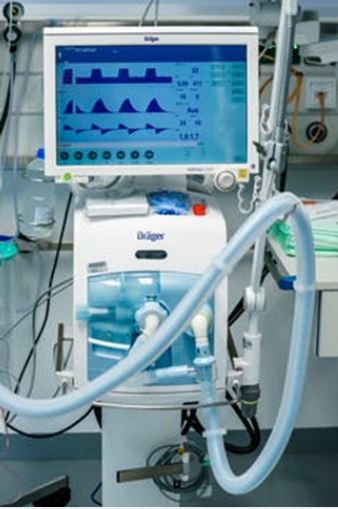 Figure: Dexamethasone cut the risk of death by a third for people on ventilators

Most people with COVID-19 show no signs of illness - they are asymptomatic - or have mild symptoms such as dry cough, mild fever or loss of taste and smell. But in a small minority the symptoms are much worse and patients need oxygen or ventilation to help the lungs get oxygen into the body. These are the people for whom dexamethasone has been shown to be effective.

Dexamethasone has reduced the risk of death by one third for people in ventilators. Clemens Billen/EPA

In severe cases, the body's immune system responds to the virus and attacks the cells that contain it. It is known as a cytokine storm, where chemicals called cytokines are released by immune cells, causing excessive inflammation.

Dexamethasone acts on the immune system to wet the response and reduce the storm of cytokines. In fact, it prevents the massive inflammation that appears to the health and heart that are responsible for serious respiratory problems in very ill patients.

Dexamethasone has been tested in the largest COVID-19 drug trial to date, randomized evaluation of COVID-19 therapy or a RECOVERY trial for short. As part of the trial, the researchers examined the effect of the drug in 2,000 patients and compared it to the results of 4,000 patients who did not receive it.

The world is celebrating finding the treatment for corona patients with the steroid "Dexamethasone". Now important questions arise, such as how much it will cost and what its side effects. The good news is that it is cheap and available, but its side effects are many. We've collected all the details about the treatment that many researchers have identified

Dexamethasone is a type of steroid medication. It is used to treat many conditions including rheumatic problems, a number of skin conditions, severe allergies, asthma, chronic obstructive pulmonary disease, croup, brain swelling, eye pain following eye surgery, along with antibiotics for TB. In adrenocortical failure, it should be used in conjunction with a drug that has greater mineral-steroid effects such as fludrocortisone. Early birth can be used to improve outcomes in the baby. It can be taken orally, as an injection into the muscle or intravenously. The effects of dexamethasone are often seen within a day and last for about three days.

The long-term use of dexamethasone may cause thrush, bone loss, cataracts, mild bleeding, or muscle weakness. This is a category of pregnancy in the United States, meaning that use should be based on benefits that are expected to outweigh the risks. In Australia, oral use is in category A, meaning it has been used frequently in pregnancy and has not been found to cause problems for the baby. Do not take this during breastfeeding. Dexamethasone has anti-inflammatory effects and immunosuppression. World Health Minister Tadros Adenum Jabarius said on Wednesday that the discovery by UK researchers that the commonly used steroid "Dexamethasone" for treating the corona virus is "great news" and the British prime minister yesterday said "there is a reason for the celebration". Which comes just before moving on to the next step is what researchers found about the efficacy of the drug for corona, how much it costs and what its side effects, researchers in the UK noted that the drug has many side effects and defined them as common or very common.

Dexamethasone is a widely used steroid drug, known as corticosteroid, which works to reduce inflammation. It has been used since the early 1960s and addresses a variety of health problems, including rheumatoid arthritis and asthma.

The drug can also prevent the immune system from destroying the platelets in people with blood problems. People with brain tumors also sometimes get a prescription for dexamethasone to reduce the swelling around the tumor.

What did the study find about drug efficacy for Corona patients?

In a study by Oxford University researchers, a total of 2,104 patients received 6 milligrams of dexamethasone once daily on tablets or intravenously, for 10 days. The researchers then compared their results with the results of the control group of 4,321 patients who did not take the drug.

However, it is important to note that there was no change in mortality in patients who did not require respiratory support.

How much does the drug cost?

The dextamazon steroid is relatively cheap. Researchers in the United Kingdom estimate that the cost of a patient's ten-day course is only £ 5 - about NIS 20. Dexamazon is also available worldwide at low prices, allowing low-income people to receive the treatment.

What are the Side Effects of Texting Food Treatment?

The National Institute of Care and Health in the United Kingdom cited the side effects of the dexamide steroid, calling it common or very common. The list is not short - and includes simple effects.

Additional side effects warnings are centered on the increased risk associated with prolonged steroid therapy, which is unlikely to be the case in patients with corona. However, those who take steroids are advised to use caution to avoid chickenpox - unless they have had a disease before - and measles, both of which are estimated to be a risk to the patient while taking dexamethasone.

Yesterday posted about the groundbreaking research, and the praise it continues to get today. "This is the first time we are seeing treatment that significantly reduces the mortality rates of patients who need respiratory help," World Health Organization chairman Tadros Adnum Jabarius said. That have contributed to a scientific breakthrough in saving lives."

Principal researcher Professor Peter Horby said "this is the only drug so far proven to reduce mortality - and it reduces it significantly. It's a significant breakthrough."

British Prime Minister Boris Johnson also welcomed: "I am proud of these UK-backed British scientists who led the world's first clinical trial to find corona treatment and proven to reduce the risk of death. I am grateful to the thousands of patients in this country who volunteered for the trials".

Vaccinations are still in the stakes phase and hope that it will not require too many casualties and deaths because life must continue. This is the American and Brazilian Swedish approach. Which has already brought with it tens and hundreds of thousands of victims. And masses of wounded who have not yet healed.

But in the Chinese it is different. They renew the closure with the appearance of the second wave. And I'm confused. Want to live as usual but the damn virus is bothering me.

I understand that the Israelis were deeply offended that two foreign companies were selected for the future vaccine supply to Corona. But you have to admit: With Bibi's respect and pride and support, these companies are more advanced than Israelis in developing the vaccine for the virus. The Swedes-English received a to complete the development and the Americans were able to develop innovative and successful technology for the development of the vaccine.

Both companies, and , are in the advanced stages of testing required for the various vaccine approvals, for human use.

Corona has currently no cure (testing the anti-Ebola candidate Remdesivir) [8] Conducting experiments towards a vaccine, and the virus mutates and spreads and migrates through the sewage and fecal system. Don't panic. Just be aware and follow the instructions and most importantly. Do not under-estimate it.

Because the drug failed in Ebola trials, it is too early to say whether it will work in COVID-19 patients. However, some scientists agree that remdesivir is the most promising candidate to date and examines preclinical data where Remdesivir can clear two other infections by fatal coronaviruses, SARS and MERS. Over a number of preclinical data are the real data that showed the full recovery of the first American patient, a 35-year-old man in Washington after taking medication. Although this requires celebration, the actual clinical data confirming the role of remdesivir in recovery is yet to come.

Lethal mutagenesis is beyond the direction of virus extinction mediated by enhanced mutation rates during viral genome replication, and is currently being investigated as a new antiviral potential strategy. Viral load and virus capacity are known to affect the extinction of the virus. Here we examine the effect or multiplicity of infection (MOI) on the progeny production of some RNA viruses under enhanced mutagenesis.