Copyright © 2019 Dr. Ashish Vinodkumar Batra, et al. This is an open access article distributed under the Creative Commons Attribution License, which permits unrestricted use, distribution, and reproduction in any medium, provided the original work is properly cited.

Osteochondroma is a benign cartilage‑capped overgrowth containing cartilage and bone, connected to the end of the bone by a stalk. Occurrence of osteochondroma at the scapula is a very rare condition. We presented a case report of a 38-year-old male presented with complaints of swelling around his left shoulder and scapula. Osteochondroma at the scapula was suspected. Tumor mass was excised from its peduncle, a medial border of scapula with the help of a chisel. The mass so removed was 9.0 × 7.5cm with smooth cartilage covering. Biopsy confirmed Osteochondroma. The patient recovered conventionally with no cosmetic deformity or discomfort.

Introduction
A benign cartilage‑capped overgrowth containing bone and cartilage, connected by a stalk to the end of the bone, is referred to as Osteochondroma [1]. 90% of Osteochondromas are distributed at the metaphysic of long bones with most common presentation in age groups 10 and 30 [2-4]. Occurrence of osteochondroma at the scapula is a very rare condition. This is also known as exostosis of the scapula. The scapula is rarely involved in only about 3-4.6% cases [5].

Osteochondromas of the scapula are generally painless as they happen on the ventral surface of the scapula, but the mass outgrowth might lead to problems such as limited range of motion, pain, subacromial impingement syndrome, nerve impingement syndromes and static winging of the scapula [3,6-8]. These symptoms abrupt the patient’s day to day activities such as sitting, sleeping, etc. Therefore, the need for surgical excision is relatively much higher as compared to all other exostoses in order to relieve the patient of these mechanical symptoms and resume daily function [3].

The cartilage cap of benign bone tumors are known to be less than 2cm. Anything over 2cm of cap thickness on an magnetic resonance imaging (MRI) raises concern of a malignant transformation [9]. Generally there is a 2-4% lifetime risk of malignant variation of osteochondromas [3]. In patients with an EXT1 muta¬tion or with a tumour affecting the scapula, the occurrence of sarcomatous degeneration of osteochondromas has been reported in connection with the hereditary multiple exostoses syndrome as much higher as compared to tumors at any other structures [4].

We report a rare case of symptomatic scapular osteochondroma in a 38 years old male patient, who underwent successful surgical excision with minimal damage to the surrounding muscular structures.

Case Report
A 38-year-old male presented himself in our outpatient department with complaints of swelling around his left shoulder and scapula. He reported that the swelling developed gradually over the last 2 years, making it impossible for him to sleep supine and on his left side and complained of intermittent mild pain. When he moved his left shoulder, the patient noted crepitation around the left scapula. There was no history of trauma. Also, Family history was not causative.

An asymmetry of his scapulae with a wing-like prominence of his left scapula was noted during his clinical examination (Figure 1). Scapulothoracic crepitus was prominent when abducting his left shoulder. Both shoulders had full range of motion.

Radiographic evaluation showed an irregular bony structure extruding from the scapula (Figure 2). Computed tomography (CT) chest showed a large cauliflower shaped calcified mass arising from left scapula most likely to be osteochondroma along the medial border of the left scapula (Figure 3 and Figure 4). No signs were suggestive of malignant transformation. Since the lesion affected the patient’s ability to perform his job, increased apprehension and the complaints of his shoulder and upper back worsening over time, we proposed surgical excision biopsy.

Figure 4: Axial and Coronal View of the Tumor

After due consent, patient was taken into the operation theatre and under general anaesthesia, the patient was put in a prone position. A J shaped dorsal skin incision (Figure 5A-5B) on tumor mass in line with medial border of scapula curving down laterally was taken. Further dissection (Figure 5C-5F) was made using electric cautery to minimalize blood loss. A thick glossy fibrous capsule was witnessed. Muscle fibres were raised subperiosteally. Tumor mass was excised from its peduncle, a medial border of scapula with the help of a chisel (Figure 5G-5J). Clear bone was visible after excision of tumor mass. The mass so removed was 10 × 5 x 3cm with smooth cartilage covering (Figure 5K). The mass was sent for biopsy. Suction drain was placed before wound closure. Wound was closed in layers and skin staples were applied (Figure 5L). 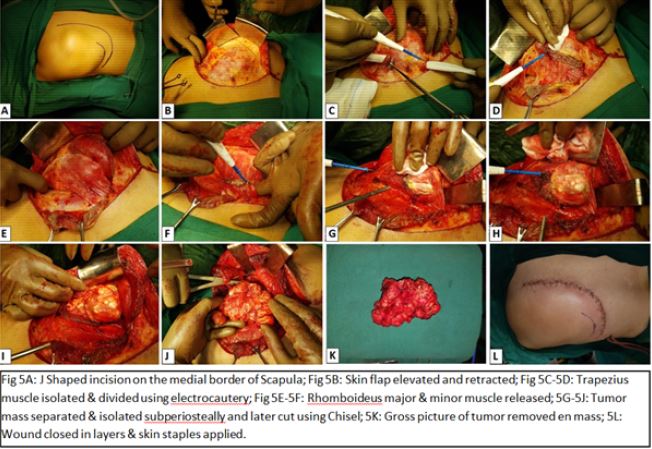 Figure 5: Step by step procedure of the Excision Surgery

On Histopathology, it was reported that the cut section of bone revealed a spongy bone tumor with cartilage cap. The maximum thickness of the cartilage cap appeared to be grossly 8mm. Also, on microscopy, the section showed mature hyaline cartilage with overline fibrous perichondrium. Endochondral ossification into mature bone was noted. These features on histopathology were consistent with osteochondroma.

Postoperative immobilization was done using shoulder immobilizer. Drain was removed on the 7th day post surgery. The purpose of keeping the drain for 7 days was to prevent seroma formation. After removal of sutures on the 15th day, physiotherapy shoulder and elbow movements were started. The patient recovered with no cosmetic deformity or discomfort. There was no evidence of recurrence of the tumor at 3 months follow‑up.

Discussion
Osteochondromas are benign tumors made of spongy bone covered by a cartilaginous cap. It is believed that they originate within periosteum as cartilaginous nodules and are developmental malformations rather than true neoplasms [10]. According to the largest reported case series, solitary osteochondroma of the scapula is a rare with prevalence estimated just under 5% of all ostrochondromas [11]. With a definite stalk directed away from physis, pedunculated tumors are more common [1,10].

Osteochondromas primarily affect teenagers or young males with more common occurance in age groups of 10 to 30 [2-4]. The clinical manifestation of the tumor depends on where settles, on the dorsal or the ventral surface of the scapula and the size of the tumor. The osteochondroma of the scapula causes a grating sound and pain during movement of the scapula. Mechanical symptoms include irritation of muscle, tendon or soft tissue, formation of a pseudo aneurysm or bursa, fracture, or malignant transformation [8,9,12]. For a patient showing signs of these symptoms, surgical removal is the best treatment option. There are different operative techniques that can be divided into 3 major groups: muscle saving, muscle detaching and endoscopically assisted techniques. We used a muscle saving technique in our case, without detaching any of the muscles from their origin. We did this to ensure a better postoperative recovery.

Malignant transformation of osteochondroma has been a major concern, and its occurrence in solitary osteochondroma is 1%. In general, the lifetime risk is between 2-4% [3]. Malignant change is presents itself by a sudden increase in the size of the tumor accompanied by pain [15].

Common sites for Osteochondroma include the metaphyseal regions of long bones such as the proximal tibia, distal femur, distal fibula or proximal humerus. Literature on involvement of other anatomical locations only contains a few case reports [16]. The mode of transmission for this is as an autosomal dominant trait with variable penetrance [10]. In our case, we confirmed that it is an osteochondroma of scapula, which is a rare occurrence with scapular involvement accounting for 3.0-4.6% of all reported Osteochondromas [8,17].

In our case, the swelling was painless but was gradually progressive over 2 years, with no sudden increase in size. Hence, we did not suspect a malignant transformation. This was also confirmed with histopathology report post excision. Our suggestion for excision in this case was due to patient apprehension, his inability to work and on cosmetic grounds. As the tumor was large, dissection was done down to the level of mass using electro‑cautrey to reduce blood loss. Muscle fibers were elevated sub‑periosteally and once the mass was clearly identified, it was excised with the aid of a chisel. The patient was satisfied as he had a near normal cosmetic look after excision of the tumor and could return back to work comfortably. There was no evidence of recurrence of the tumor at follow‑up after 3 months.

Conclusion
The diagnosis scapular osteochondroma should be considered in any patient with limited range of motion of shoulder, pain, subacromial impingement syndrome, nerve impingement syndromes and static winging of the scapula. In adult cases a 3D CT scan of the scapula is recommended, to assess possible malignant transformation. Excellent clinical and functional outcomes can be achieved by using muscle-sparing technique with early physiotherapy of patients with a symptomatic scapular osteochondromas.

Conflicts of Interest
None to Declare