Prevalence of Smartphones Use


Problems Encountered With Improper Use of Smartphones: A Mini-Review

Copyright © 2020 Dr. Suleiman Ibrahim Sharif, et al. This is an open access article distributed under the Creative Commons Attribution License, which permits unrestricted use, distribution, and reproduction in any medium, provided the original work is properly cited.

Apart from the various benefits of the high technology of today’s smart devices and the internet of increasing social interaction, creativity, self-expression, education, and learning, the negative impact of their overuse on health and learning may outweigh such benefits.

Introduction
The availability and easy access of children and young adults to smartphones have led to progressive increase in their excessive improper use. Advances in technology are assumed to facilitate responsible communication, education and entertainment. Indeed, smart devices helped great deal in establishing bridges for social connectivity that bypass borders and the twisted paths of politics, and enhanced the availability of free learning and educational resources. They also promoted good will and avenues for charity activities and allowed people regardless of their colors, religion or ethnicity to stretch loving arms to each other (Fig.1). 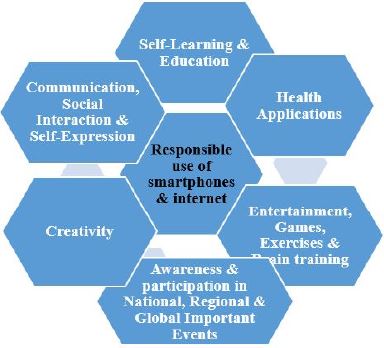 Figure 1: Some beneficial outcomes of responsible use of smartphones and the internet

However, the misuse of smart devices is not without drawbacks (Fig.2). The aim is to benefit from advanced technology with almost no harm to us, our children or the environment. 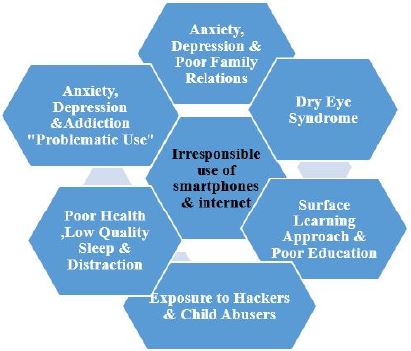 Figure 2: Some harmful outcomes of irresponsible use of smart phones and the internet

Prevalence of Smartphones Use
The use of handheld devices with their interactive application among young children is progressively increasing. Most children of various age groups are utilizing such devices and the internet more for socializing and entertainment than for education. It has been suggested that in the present year, the number of users shall escalate to reach 2.87 billion users [1].

Education & Learning
The negative aspects of misuse of such devices include social withdrawal and isolation even from other members of the same family and family gathering become less effective in building strong relations and ties. Parents become less informed about their kids’ affairs and performance at schools. The use of such devices in learning has been described as a ‘surface approach” where students seek minimal information to fulfill their home works and educational activities [2-4]. Such a trend would certainly result in poor performance in schools and colleges, a loss that they will regret later in life. Therefore it may be wise to suggest that the secret of parent’s success is learning how to make their children use time to learn.

Problematic Smartphone Use - Addiction
The continuous overuse of smart phones constitute a behavioral problem that has been described as “mobile phone addiction” and classified under ICD-10 [5]. The same authors reported that the prevalence is higher in females than males [5]. This is true with regard to young age groups but rare with aged population who are more self-controlling [1] and most of the time use smart phones for calls or texting messages.

The list of problems encountered with long term use of such devices is becoming rather long and it has been suggested that the use itself is becoming a form of behavioral addiction [6], where becoming overwhelmingly obsessed with a specific activity distracts the person from his other daily activities. This addiction appears to be strongly linked to anxiety, depression, and impulsivity [7]. The latter French study pointed out that smartphones may not be an object of addiction but a facilitator of internet addiction. Daily activities on the internet such as chatting, pornography, and gaming have been demonstrating levels of addiction similar to those of drug and substance abuse [8].

Figure 3: The relationship between addiction to smartphone usage and depression among adults: a cross sectional study (Alhassan AA et al., 2018).

In detail, concern, loss of controlling tolerance, withdrawal, instability, and impulsiveness, mood modification, lies, loss of interest have been identified as risk factors of smartphone addiction [12]. A recent study pointed out that excessive parental expectations and deficient education increased the risk of children becoming addicted to smartphones [13].

Sight: Dry Eye Syndrome
Another major problem of excessive use of computers and handheld devices is the dry eye syndrome which is also known as kerato-conjunctivitis sicca. It is usually associated with burning itchy irritation, redness, mucous discharge in or around the eye, and possibly blurred vision and eye fatigue. The causes of the disease are numerous but it has been confirmed beyond doubt to include the use of computers or handheld devices for long hours [16,17].

The complications of dry eyes include increased risk of eye infection, eye inflammation, and abrasion of the corneal surface, corneal ulcer, and vision problems. Moreover, it leads to impaired daily activities such as driving, reading, and writing. The prevalence of dry eye disease is higher in younger than older age groups [18]. Such an association can be related directly to the overuse of children and teenagers to handheld devices and video display terminals. The use of the later devices for long hours has been linked to a reduction in blink rate with consequent dry eye symptoms [19-21].

Sedentary Life, Distraction and Ergonomics
In addition to the increased young children and teenager’s attraction to use smart devices to play video games, establish a social identity on social media, meet others and express themselves [1,22], some parents may allow their children to overuse video display terminals to avoid distraction while working at home. The misuse of such devices significantly reduces outdoor activities and also negatively impacts learning and education by the negligence of their home works and reading.

Dry eye disease and the reduced visual acuity despite being itself problematic, it would certainly by distraction negatively affect driving, machinery operation, education, reading and writing, and learning. It has also been documented that bedtime use of these devices impairs sleep quality and duration and the latter being linked to endocrine, cardiovascular and psychological disorders [23-25].

Physical activity is severely reduced if not completely lacking among children and young adults who are misusing smart devices for long times. Such a poor quality of life is further worsened by bad eating habits or even malnutrition due to the intense concentration on gaming. Over weight and obesity may add another concern in young age groups with its consequent health hazards.

Regarding ergonomics, users of all age groups in general and kids in particular, use devices such as computers and smartphones without paying attention to the health consequences of their improper body positions. Most such negligent users end up with muscle aches, neck pain, headaches and bad quality of life due to deficient physical activity.

During long hour’s use of computers and smartphones use, most users do not pay attention to light and the proper positioning of their bodies. Several problems are associated with such malpractice including stressed eyes, neck and back pain, wrist and elbows pain, muscle pain. Moreover, sedentary lifestyles, lack of physical energy and weakened immunity have also been reported [26,27]. It is always advisable to take proper measures to guard against such problems and to educate children about such measures. These may, among others, include proper body positioning while sitting at a computer or using handheld devices, stretching one’s feet and standing from time to time, using the role of 20-20-20. The later requires staring at a 20 feet far object for 20 seconds every 20 minutes of using such devices. Besides, children and young adults must be encouraged to participate in outdoor activities, sports, and other hobbies.

Hacking and Child Abuse
Children are at high risk of child abusers while using the internet and adults are threatened by hackers regardless of the frequent warnings by governmental authorities and volunteer societies. Such problems, particularly in children, require urgent and strict parental attention. However, parents themselves must set a good role model example for the use of smartphones and other smart devices at home in front of their children and must set strict control on what programs their children watch. Parents should also set family rules to limit the duration of use of smart devices at home and encourage their children to engage in outdoor and sport activities.

Concluding Remarks
The technological advances in smart devices are certainly essential for every day’s activity provided that the use of such devices as tools and resources for several of our needs. However, their misuse confers several adverse effects on health and social and behavioral aspects particularly in vulnerable young age groups. Effective interventions begin at the family level and are supported by efforts at academic institutes to increase awareness of children and teens of the rational use of smart devices. A good parental control of guided responsible use at home would certainly reduce such adverse effects and achieve the best health, social, educational and behavioral outcomes.

Children and young teenagers must be aware of the fact that their excessive use increases anxiety, depression and sleep deprivation among teenagers. Prohibition of smartphones use by teenagers is not a recommended intervention. Parents must express their concerns in an empathic way to be successful in limiting their children’s screen time and direct it to beneficial use. Among the strategies that can promote responsible use of smartphones is the implementation of those introduced by digital technology such as recent iOS digital health and android applications for tracking use, and applications that can adjust or remind users of the daily limit healthier use.

Conflicts of Interests
The authors declare no conflict of interest.